From Baby Bump to Social Bump: The Rise of Mom Social Media Influencers

If you’ve spent any time on Instagram lately, then you probably know at least a little bit about influencer marketing and mom social media influencers.

Influencers are people who have managed to build a large audience on social media. They promote related products for brands via sponsored posts. Many of them are bloggers, pet owners or moms, but just about all influencers have a “niche.”

Companies can save millions of dollars by promoting their products and services using social media influencer marketing. The return on investment for these companies is high — as much as $11.69 for every dollar spent. What makes an influencer influential varies immensely, but many people are capitalizing on something really relatable — their families.

Studies have shown that the power of influencer marketing skyrockets when web personalities add babies to the mix. When Kylie Jenner gave birth to her daughter, Stormi, she gained about 800,000 followers within 24 hours. While most influencers don’t have 800,000 followers in the first place, it’s a good indication that a baby bump can equal a social bump.

Babies and kids are cute and people love to get a peek into the lives of busy parents. Some mom social media influencers make more than just a little money on the side posting baby photos—they’re making a living and then some.

There Are Plenty of Babies to Go Around

There’s no shortage of cute babies on the internet. Women in the United States give birth to approximately 4 million babies every year, according to the Centers for Disease Control.

Not all those babies will become Instagram stars, of course. However, as millennials become parents, they’re beginning to share glimpses of their lives with their followers, and they’re cashing in for those glimpses.

Doing It for the Gram: Baby Bucks and Social Media 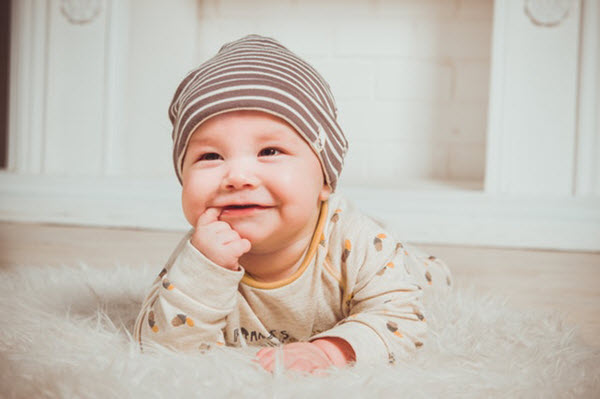 For some influencers, their personal brand is all about their journey as a mom. Other influencers simply start to integrate photos of their kids into their normal feed when they become moms. Why? Because babies and children make the best influencers!

Not only are baby-centric Instagram accounts adorable, but they also translate into big bucks for companies and the parents who run them. Instagram users are more likely to buy a product if they see a baby wearing it and companies know it. That’s why so many companies are shelling out for sponsored posts from mommy influencers.

The catch about the social currency of pint-sized influencers?

That magic eventually wears off. After the age of 4, baby bucks usually start to wane. In the meantime, influencers with million-plus followers can make thousands of dollars per post.

The Power of Social Media Influence

Anyone can be an influencer on social media if people like the content she’s producing. Just about any mom can make a few bucks (or much more) by harnessing the power of social media. They might not be celebrities in the traditional sense, but these moms are well-known and are building up a strong income for their families.

That online influence can go a long way, but there are downsides to the unregulated influencer marketing industry. Deceptive advertising is a common problem. Questions about child labor laws are always hovering over mommy influencers who make a significant income from their posts. Because influencer marketing is still so new, legislation hasn’t touched on these issues much, creating a “Wild West” environment on social media.

Instagram Rains in Wild West-Like Influencer Marketing Ahead of Legislators

Even if legislators haven’t figured out what to do about the unregulated influencer market, social media companies themselves are stepping in. Recently, Instagram began testing the effect of hiding “likes.” This is in an effort to make the platform less competitive and to encourage influencers to create quality content.

There are other changes in the works, too. Promoted posts will allow Instagram to take a cut of the influencer market, while Stories will likely become more and more important. With the changes, brands and influencers will need to change their strategies to continue to be successful.

Many influencers are welcoming the changes. They’re excited about the idea of building stronger communities and taking some of the toxicity out of social media that can occur from chasing likes. Companies are more focused on sales and likes, and promoted posts will allow them to more actively engage with what their influencers are doing. 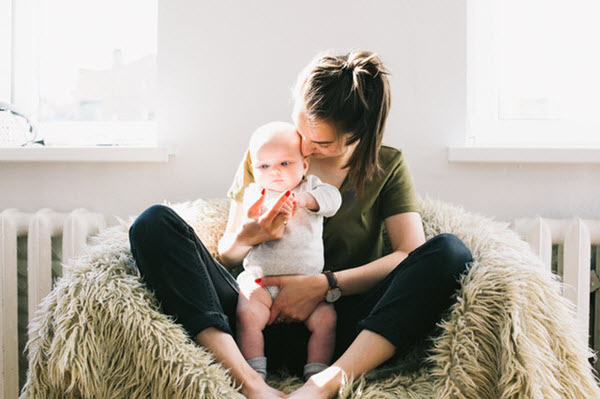 Today, expecting parents can add “take pictures for social media” to their list of things to do. That is, if they want to participate in the wonderful world of online influencer marketing and become mom social media influencers.

Some parents decide not to share any photos of their children online while they’re too young to make their own decisions, choosing instead to wait until they are old enough to control their digital profile that will stay on the internet permanently. For others, the desire to share their little one’s adorable photos and build a following is too strong to resist.

Some parents are (understandably) more worried about privacy than a social bump or the potential to make some extra cash. Parents need to decide on their own whether they want to share photos of their children on social media at all—and about how far they want to take it. It’s a tricky decision to make in the confusing and complicated new world of personal branding.

See Also: How To Nail Social Media and Influencer Marketing: The SME Edition

On the Surprising Benefits of an Un-Mobile Phone

Alcohol Use Disorder in Teenagers – Symptoms and Control